The Call of Pashmina

After news of a tragic snow storm in Changtang, a Kashmiri man quits his job and embarks on a journey to become a shepherd. Six years later, he starts the Pashmina Goat Project – an NGO to protect the Changpa community and their goats from the harsh implications of climate change in Ladakh. For the past few months, I have been looking for new stories of environmental stewardship in India. One day, I picked up a book that my father was reading. It was a first person account written by Babar Afzal, a Kashmiri man who quit his job in Silicon Valley to become a shepherd in the Himalayas. The change of heart was inspired by a visit home, when he read about an unexpected snow storm killing 25,000 pashmina goats in the region of Changtang in Ladakh. For six years he lived with the Changpa - a nomadic tribe who rear these goats. During this time, he learnt from the nomads about the increasingly erratic weather conditions. This, along with poor returns, is forcing the Changpa to migrate. But what will happen to these goats? Babar felt he had to do something. He founded the Pashmina Goat Project to preserve the species and their community despite the harsh impact of climate change. As urban India grows rapidly, the need has come for us to redefine the footprint of our jobs on the environment. But to swim against the current is not easy, especially in a society where money and status are given great value. Babar gave up a stable career in technology to protect a community and their animals from climate change. This is a drastic and heroic act. I wish for this film to provide a sense of hope, encouragement and solace to our young viewers who will need to safeguard the wild for future generations. The story left me wondering if remote regions which experience extreme weather would perhaps see the effects of climate change sooner and in a more dramatic way. I had read about the tragic floods in Kashmir in 2014 as well as the cloudbursts in Leh in 2010, and was curious to explore the impact felt in the Himalayas. I thought it no better a place to start than in the remote, high altitude region of Changtang. To hear from a nomadic tribe whose survival depends on their close connection to the environment would be of great value. We had the opportunity to interview two Changpa shepherds. Their humble and honest accounts have contributed to the integrity of the story. 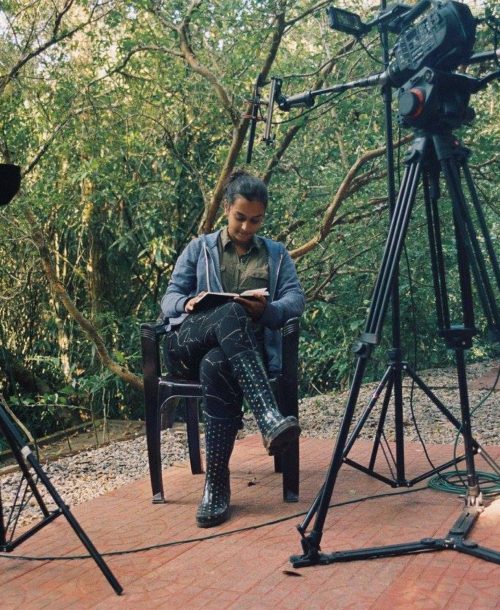 Taira is a Director and Editor based in Goa, India. She received her BA in Psychology in 2013 at Occidental College in Los Angeles, after which she moved to Andaman and Nicobar islands to teach a marine conservation course in the village of Chidiyatapu. There, she hosted regular film screenings to teach students about the marine world. Their positive response to this teaching method gave Taira insight into the power of film. After completing a documentary film course at the San Francisco School of Digital Filmmaking in 2016, Taira founded Emaho Films. Today, she is driven by the idea that positive storytelling can be used as a tool to educate and inspire change. Her second documentary, The Call of Pashmina has been showcased across many film festivals in the USA, Australia, Canada, and Europe and was last screened at the Environmental Film Festival in the Nation’s Capitol, in Washington DC. At present, Taira is co-directing and producing Emaho's latest documentary film, The Turtle Walkers.