As Singapore dredges sand out from beneath Cambodia’s mangrove forests, an ecosystem, a communal way of life, and one woman’s relationship to her beloved home are faced with the threat of erasure. Land was once considered the most secure and sacred ground we could stand on. Now even land, like people and commodities, can move and shift, smuggled and bartered for profit. 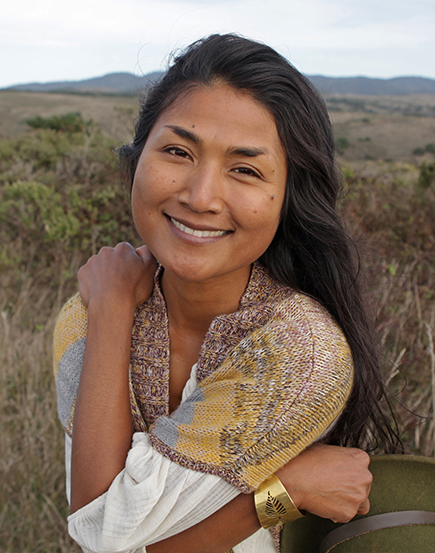 Award-winning filmmaker, lawyer and storyteller, Kalyanee Mam, is committed to telling stories that help change the way we view ourselves and our place in this world. Born in Battambang, Cambodia during the Khmer Rouge Regime, she and her family fled the refugee camps at the Thai-Cambodian border and eventually immigrated to the United States in 1981. Even to this day her mother recounts stories of their flight through jungles laden with land mines. Her film A River Changes Course, which she directed and produced, has won several awards, including the Grand Jury Award for World Cinema Documentary at the 2013 Sundance Film Festival and the Golden Gate Award for Best Documentary Feature at the 2013 San Francisco International Film Festival. For the last three years Kalyanee has been living with an indigenous family in Areng Valley, located in Southwest Cambodia, and following intimately their way of life, spiritual ceremonies, traditional plants and medicine, and folktales and stories, so deeply connected with nature and that inspire the people of this valley to love and protect their home.